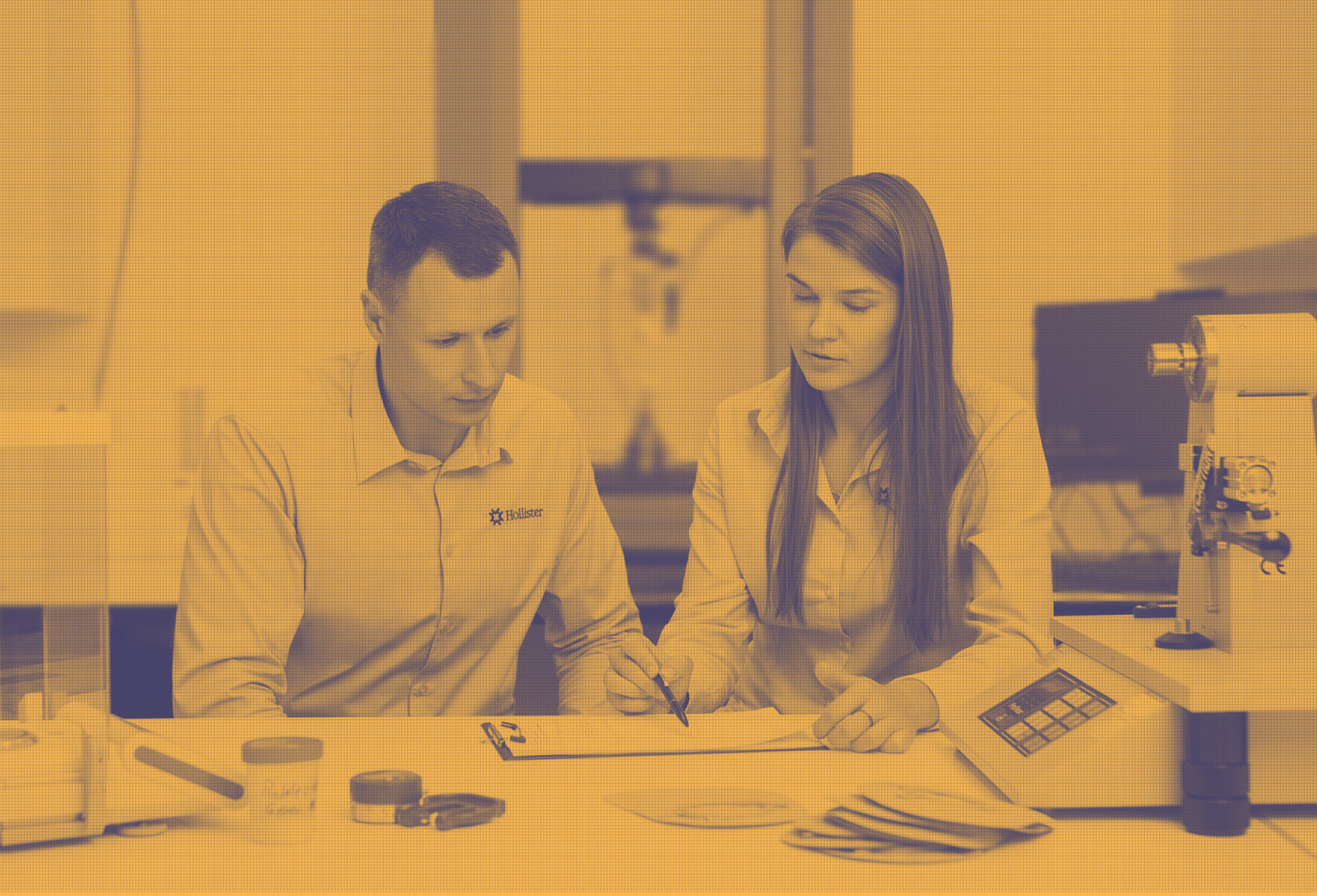 Hollister Lietuva, a US healthcare product manufacturer that started operating in the Kaunas Free Economic Zone (FEZ) a little over a year ago, completes 2020 without lagging behind its rapid development plans. With a team of over 340 employees working in four shifts, the plant expanded both production volumes and direction by launching a new product line and soon will be sharing its experience in the new internship programs for final year university students.

After announcing the investment in Kaunas in 2017, the US company Hollister Incorporated opened the plant almost two years later, in 2019. Back then, it was announced that the healthcare product manufacturer intended to employ over 500 people, and the existing factory and the plots in the territory of Kaunas FEZ were acquired for future development, looking a decade ahead.

The company’s ambitious growth plans were not interrupted even by the unexpected situation of the global pandemic. Although the quarantine forced the company to reorganize its work, refuse visits from specialists and colleagues from abroad, it did not prevent it from achieving important goals this year: a new production line was opened, and the staff numbers rapidly grew.

“The opening of a new product line allowed us to launch a second plant that operates under the same roof and opens opportunities for Lithuania to develop potential in the field of the fast-growing and high-value medical equipment industry. The goal of installing one of the largest cleanrooms in the country was achieved. It belongs to ISO 8 class according to the ISO 14644 standard for clean zones. A cleanroom is a definition of sterile factory premises, which is usually designed for specialized industrial production or research. Products for urinary system disorders are being manufactured in the new premises of Hollister Lietuva. Until now, stoma care products were being produced in Kaunas,” company’s CEO Shane J. Caher says.

In total, over 30 million units of products have been produced at the Hollister Lietuva plant during this year, and over 50 million since the beginning of operations.

The new Hollister plant built in Kaunas is the first company’s investment of this scale in the last ten years. It was carefully thought out, measured, and based on long-term perspectives and foresight. As James W. Humphries, Chief Vice President of Hollister Incorporated, said during the opening of the plant, the decision to settle in Lithuania was determined by the country’s convenient geographical location, favorable investment environment, qualified employees, and cultural similarities.

“We were welcomed and supported by the representatives of the Lithuanian Government, Kaunas city, and district municipal leaders, investors, business, and education communities. We can already share the first results and we see that the decisions were made correctly. In 2020, despite the pandemic, we did not stop the development – we hired more than 150 new employees, and by the end of the year, Hollister Lietuva should already have 340 employees. Currently, employees work on the production lines in 4 shifts,” Shane J. Caher says.

The biggest expansion is expected in the production and quality departments. This will require shift workers, operators, quality assurance and equipment maintenance technicians. Hollister in Kaunas will also look for specialists who can occupy engineering positions – production engineers and process engineers-programmers.

Hollister Incorporated, which has been around for almost a century, is an independent, employee-run company that places great emphasis on the company’s internal culture and emphasizes its noble mission to produce healthcare products that help people lead more dignified and comfortable lives. Therefore, during the selection of employees, a lot of attention is paid to the discussion with the candidates, so that the future employees would understand the importance of the manufactured products and focus on maintaining and improving the quality of the products/processes. According to the company’s representatives, the employee selection process also pays special attention to the person’s personality, whether he or she would feel comfortable with the company’s culture and could contribute to its preservation.

“We tend to overlook the lack of experience if the candidates have strong motivation and enthusiasm. Evaluation criteria vary depending on the position, for example, when looking for engineers we look for engineering education. We also invite inexperienced candidates to join – production workers who maintain equipment (operators) and quality assurance technicians. We train all employees in the workplace by creating individual learning plans. We also use an e-learning system because lifelong learning is an inevitable process in our field,” Shane J. Caher says.

Creating a motivational system and an attractive work environment helps enlist and retain employees. The experience of Hollister Incorporated shows you can find employees in various branches of the company across the world, who have been working for it for 30 years or more. Representatives of the Kaunas branch hope that in the long run, by properly investing in both the selection process and the continuous improvement of employees, such inspiring examples will appear in Lithuania too. And statistics show that the Kaunas team is already growing and improving – 10 percent of the current employees received a promotion.

“According to an employee survey, Hollister Lietuva has a good internal environment – in here, all employees grow and improve together. Although we officially opened only in 2019, we are constantly encouraging and educating employees, so quite a few of them have already been promoted internally, for example, an employee who started from the position of an operator was noticed and invited to take a shift foreman’s position 6 months later. A significant number of employees in the quality department also get promoted. In this department, we have employees who have just graduated and have not yet gained professional experience, but the theoretical knowledge they gained at the university greatly helps the company to achieve excellent results,” Shane J. Caher says.

The company annually participates in the Career Days of Kaunas University of Technology and Kaunas College, gives presentations, and shares the experience. From next year, Hollister Lietuva will invite the final year students in mechatronics, mechanics, automation, electronics, manufacturing, quality engineering, or similar studies to two different paid internship programs.

“We believe that a student who has gotten acquainted with technological and engineering processes within the company can understand and discover himself, seeing which engineering field is most interesting for them and fits best,” the head of the company says. Therefore, interns will be able to choose between 9 or 24 months of internships, during which they will change positions and departments every few months, gaining in-depth knowledge of the various processes and gaining solid knowledge and experience in the production of healthcare products.

Information by Kaunas IN Business Division.

The conference organizing business’ response to the challenges of the pandemic