Kaunas Through the Eyes of a Norwegian Couple: “Street Art and Attention to the Detail” 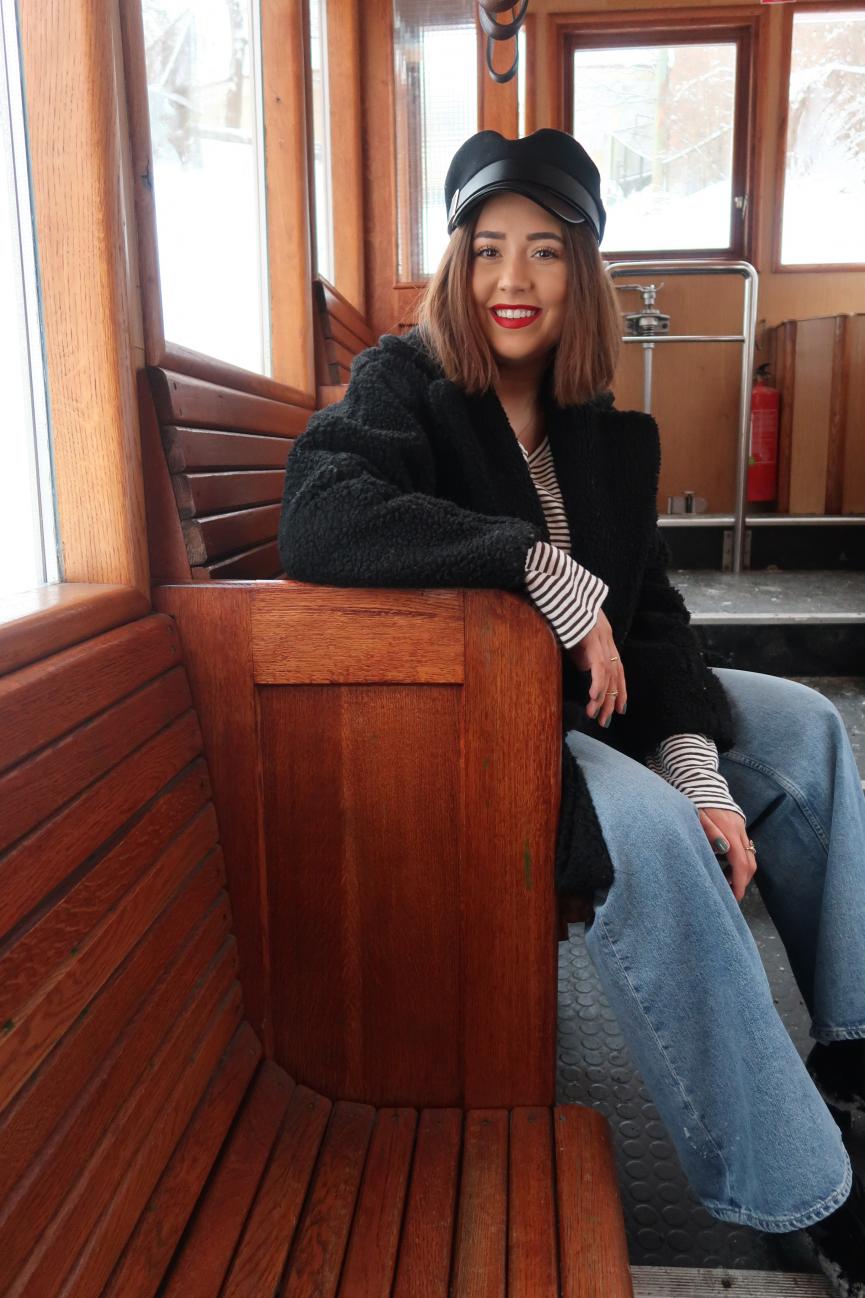 “We have to come back in the summertime – at least to visit the roof terrace of the Christ’s Resurrection Church and get the 360 view of the city”, smiles Sivert Nymoen Remen, a 21-year old Norwegian who spent a few days in Kaunas with his girlfriend Celina Karine Myhra.The couple shared dozens of stories from the city they’d know nothing about before their trip on their Instagram accounts – we couldn’t help but notice the positive vibes and the #kaunastic hashtag! Just before treating themselves in a SPA session, the Oslo-based travellers told us about their experience in Kaunas.

Used to proper winters back home, the Norwegians didn’t mind the minus temperatures – in fact, the snow added a lot of charm to their pictures, which they took hundreds of. Were the two full days enough to get to know Kaunas?

“From what we’ve heard, there’s much more to the city and we’d need to stay a bit longer to know everything – or come back in the summer, as there are so many details to discover! We were lucky to have a guide”, reveal the travellers who were introduced to Kaunas by Linas Žabaliūnas. By the way, a tour by the most trusted and recommended guides in Kaunas can be booked in the Kaunas IN Tourism information centre at the Kaunas Town Hall. Don’t hesitate to stop by!

As we’ve mentioned before, a SPA session at East Island SPA was also on the busy itinerary of the Norwegians, as well as a movie in Forum Cinemas – both the wellness centre and the cinema can be found at the centrally located Akropolis mall.

Sivert and Celina Karine spent a lot of time appreciating the street art of Kaunas and paid a visit to the unique artistic haven called Kiemo galerija [Yard gallery] on Ožeškienės street. Later, they took the historic – and still used daily by busy commuters – funicular up the hill to Žaliakalnis and visited the aforementioned Christ’s Resurrection Church. While a climb up its terrace wasn’t possible on that day, a panoramic view of Kaunas did happen – the guide took the guests to the Aleksotas observation deck.

“We’re so much looking forward for the evening to come as we’re going to see the Star Sower”, smile the visitors, meaning the iconic street art piece by Morfai at the garden of Vytautas the Great War Museum, only visible in dark. We sure hope our new friends made it on their way to Nüman restaurant which was the highlight of their gastronomic experience. The latter was quite filling, to say the least.

So, what were the nicest gastronomic discoveries? “We have noticed you eat a lot of root vegetables, like potatoes and beetroots, which I also happen to love, so dishes with those were just perfect – and very Instagram-friendly”, laughs Carina, who also noticed very friendly prices on the menus everywhere they went, compared to Scandinavia. She and her boyfriend visited Monte Pacis, Uoksas and Hop Doc during their stay and also praised the generous breakfast at Park Inn by Radisson Kaunas, the hotel that became their short-term home in Kaunas.

The couple’s followers on Instagram really appreciated the recommendations they posted, quite a few replied something along the lines of “I want to go there, too”: “Only about 5 percent of my followers have been to Lithuania – I did ask them that! – so it was a lot of fun to post my experience – you know, everyone has been to London, so Kaunas is much more interesting in that sense”, says Celina Karine who’s been on Instagram for almost 5 years now and is followed by almost 70 thousand people, most of which are young Norwegians.

Shopping was also on the menu: “We bought a very pleasantly smelling handmade candle at Minimalistas boutique – its closest neighbour, the Nyčės Ūsai gallery, was also a very nice discovery”.

“First impressions only, so all very good”, laughs Sivert when asked what stood out during their time in Kaunas, “but I must say the attention to detail is crazy in Kaunas – the old buildings, the handicrafts, majestic churches and cute chapels… awesome!”. Or, as we like to say, #kaunastic, right?

All photos by Celina Karine and Sivert. Follow @celinakarine and @sivertremen for more snapshots of Kaunas and their future adventures. Thanks for stopping by, guys!

Wizz Air fly direct to Kaunas from Ålesund, Stavanger and Bergen in Norway. Check the schedule and book a flight here: www.wizzair.com.

Celina Karine and Sivert were invited and hosted by Kaunas IN, the Official Tourism and International Business Development Agency of the City of Kaunas, Lithuania.