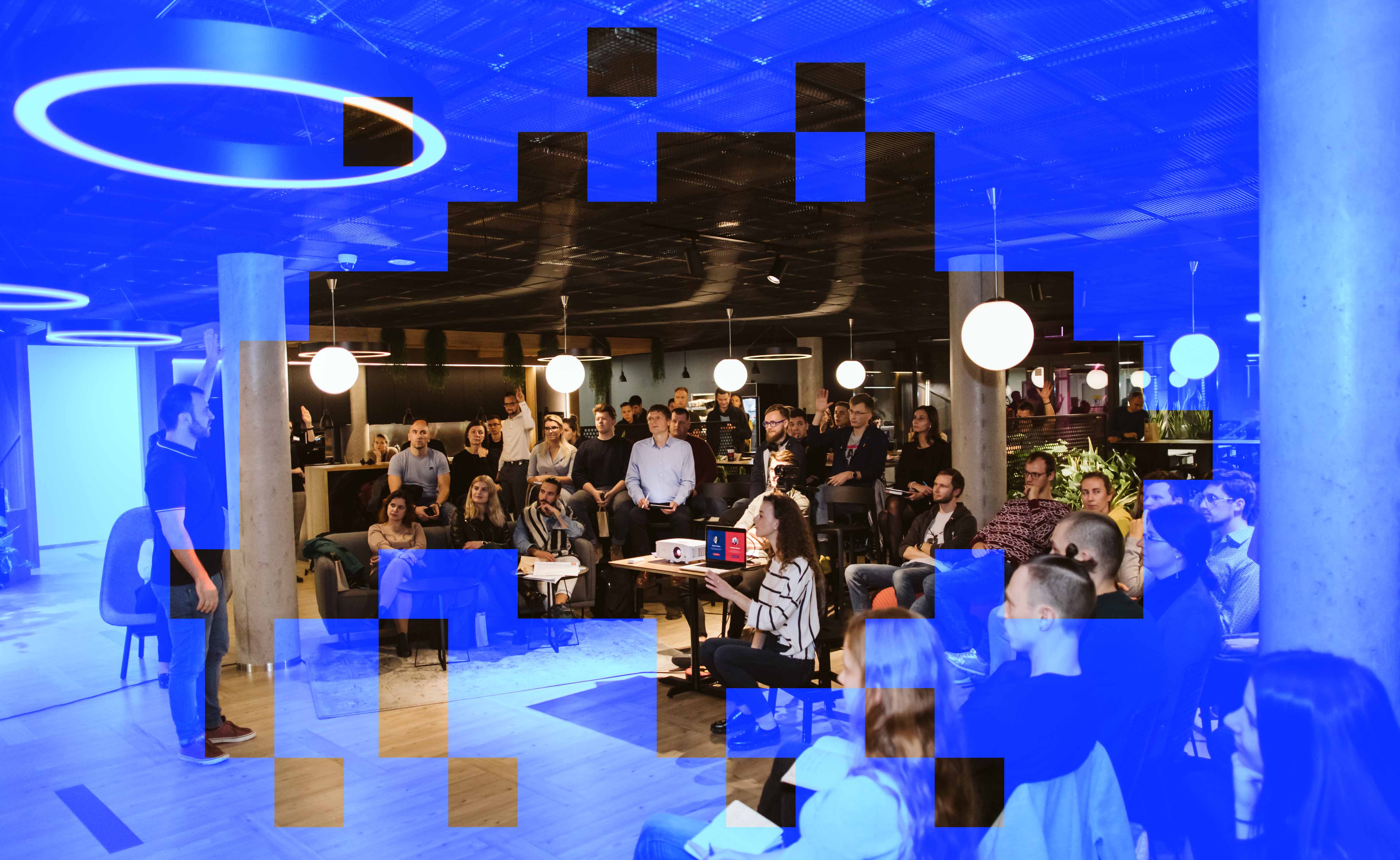 Organizations taking care of Kaunas startup ecosystem’s growth sat at the virtual round table to discover recipes on how to accelerate the startup growth in the second-largest city in Lithuania. So, what does it take to make it clear to anyone who has heard the word “Kaunas” that it is a startup city?

One of the Kaunastic Startup Week events (the week of training, knowledge sharing, and networking that took place from November 9 till 13) Kaunas Startup Ecosystem’s Pitch Hour revealed to us what are the colors of the current Kaunas business landscape and what we can expect in the near future. When during the event Osvaldas Stripeikis, Director of Vytautas Magnus University Business Practice Center and the head of Minded, was asked to what extent Kaunas is a suitable place to implement startup business ideas, he stated that when he participates in foreign projects and presents Kaunas’ experience, he receives respectful comments from foreign partners about the local ecosystem.

“This was not the case around 5-7 years ago, which means that the city is on the right track in terms of the work it’s doing. If we want young people with ideas growing up in Kaunas and then bringing them to business, we must raise them accordingly. When a decade ago students were asked about business and the image of an entrepreneur, their answers were negative. But now the attitude is changing, young people see inspiring examples and bring their own ideas with them. In my view, we should nurture the competencies of young people in the Kaunas ecosystem by investing in this direction.”

Agnė Jaraitė from Kaunas Chamber of Commerce, Industry, and Crafts also agreed with him, “When working with international organizations, we notice that Lithuanians are not that brave and even if they have a business idea, they don’t always dare to fire it up and act on it. Therefore, it is necessary to promote entrepreneurship and start educating people not only in universities but also in high schools.”

As Paulius Nezabitauskas, the director of Kaunas Science and Technology Park pointed out, the auditing of the Kaunas startup ecosystem is a relevant next step that should be taken soon. “Only by clearly knowing who we are today, we can talk about who we would like to be tomorrow, what companies we would like to invite, and what value we can offer them. It is essential to invite foreign players, who would interblend with the existing ecosystem players. As statistics show, external investments and corporations entering the local economy are beneficial not only to our economy but also to the growth of our companies.”

According to P. Nezabitauskas, it is expedient to create a map of Startup Digital Hub Of Kaunas, which would provide all the essential information that would include the participants in the city’s startups’ ecosystem, organizations contributing to innovation and startup development as well as all the available infrastructure: parks, universities, investors, companies that have settled here and their success stories.

A professor at the Kaunas University of Technology and the head of Keen, a knowledge susceptive business network, Asta Pundzienė has been working with startups since 2008. She says that the idea for a startup is born very early, but the commercialization of it often requires support. “I think that the Lithuanian startup ecosystem is really international; just as science is not local but global so is the idea based on science. If we take a look at the startups that we are working with, you will see that they also interest international investors. I agree that we still need to learn what Estonia and Israel have already mastered, precisely, the e-commerce skills, to manage global distribution more effectively by showing the world and markets what is happening here, what startups are being born. This is the only way to create a proper impression of a country’s capacity and its IT infrastructure.”

The professor notes that changes in the startup ecosystem are influenced by investors’ decisions, “Startups created on the basis of progressive scientific knowledge always seem more relevant to me, even if the return on investment in such startups come later. Meanwhile, experience shows that Lithuanian investors prefer to invest in startups that promise a quick return, for example, in agriculture and logistics. So, the aforementioned science-based startups usually have to look for capital abroad. I would encourage the local investors to be more liberal and take the long-term prospects into account.”

To increase the number of success stories

Laurynas Jarukas, Head of the Development Service of the Lithuanian University of Health Sciences, representing the startups of the medical sector in the discussion, noted that although the conversion of such startups’ ideas into a product takes the longest, even up to several years, and there are still many risks when they are being tested, many see this sector as the most helpful, especially in the face of a pandemic.

“We already have real success stories and examples where the attracted investments have helped the startups to continue to grow successfully. Achievements have also been made on a European scale, showing that our start-ups are not lagging behind the general trends. What we may be missing is the number of startups, which is probably determined by our demographic situation. If instead of a hundred a thousand startups would emerge here in a year, I believe, the number of success stories would also increase,” L. Jarukas says.

According to him, Kaunas is an academic city with many universities and colleges, with students not only from Lithuania but also from abroad, “For example, we keep mentioning Israel’s success, where entrepreneurship seems to be genetically encoded. But we also have a lot of students from Israel in Kaunas, so it is worth thinking about how to involve them in our activities. And ultimately, efforts should be made to develop society’s entrepreneurship and carry out the studies through project development and the creation of business models. Then the number of success stories will also naturally increase”

We invite you to watch the recordings of this discussion and other Kaunastic Startup Week events on the website www.kaunasin.lt.

The first half of Kaunas-based startup: attracted funding and plans of expanding to foreign markets

Creativity is the biggest advantage of Lithuanian startups in any competition

At the Kaunastic Startup Week, a look at the startups through the eyes of an investor