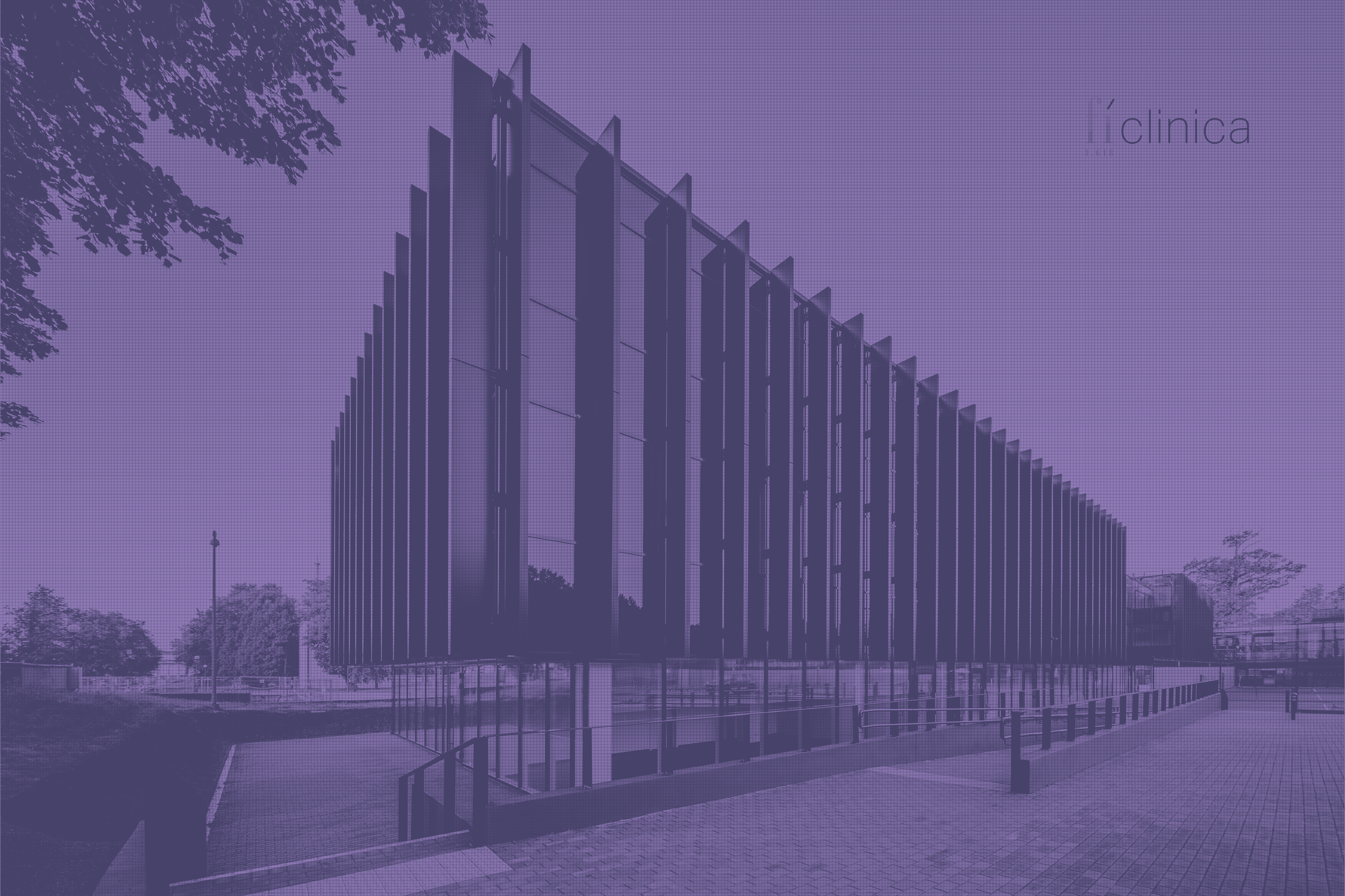 When two young Lithuanian doctors went for an internship at the University Hospital of Aachen in Germany in 2011, they were both sure that they were going to study and improve but after that will definitely go back home. But it took plastic surgeon Justinas Grašys and his cardio surgeon wife almost a decade to make the decision to leave their successful German careers and return home, back to Kaunas. Last autumn Justinas joined the team of Fi Clinica – one of the largest beauty clinics in the Baltics.

Justinas Grašys, who grew up and studied in Kaunas, graduated from the 4th secondary school – currently Steponas Darius and Stasys Girėnas gymnasium – with a strong focus on German and biology, two disciplines that have undoubtedly influenced both future professional choices and crucial career turns. By the way, Justinas realized quite early that he would like to associate his future with medicine and, more precisely, plastic surgery. 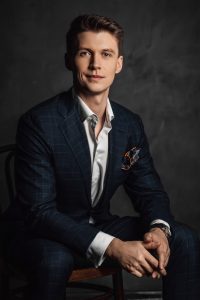 “The first contact with plastic surgery was through colleagues Vygintas Kaikaris and Martynas Norkus. Already as a student, during my second year, I received an offer to assist in surgeries: to hold the hooks, learn how to stop the bleeding, and observe the surgeries. Of course, I did not hesitate to take advantage of that offer and that was when it all started,” the doctor of medical science remembers the very beginning.

While studying at the Lithuanian University of Health Sciences in Kaunas, Justinas also managed to participate in the ERASMUS student exchange program and spent a year studying in the Czech Republic.

“I was not afraid to leave, on the contrary, I always wanted to learn from the experiences of other countries and have a broader outlook. So, when the internship started approaching, I started looking for a place outside Lithuania. And since I had learned German at school, together with my girlfriend at the time and now wife, we thought that it would be interesting to look for an internship in Germany, which has over 30 university hospitals. We applied to all of them and chose the one that answered us first,” J. Grašys says.

Here, at RWTH Aachen University Hospital, not only the internship but also the years of residency passed, and in 2017, Justinas received a doctorate in medicine. He is probably the only doctor in Lithuania, who has passed the FEBOPRAS exam for European plastic surgeons.

“At this hospital, I met and worked closely with Professor Norberto Pallua MD. He is a world-renowned specialist, a former president of the European plastic surgery community, who has been able to look at his profession in a very efficient way. When assembling a team, the professor looked primarily not at where the person came from, but whether they were right for him. Therefore, the team was very international. I had colleagues from the Middle East, Azerbaijan, or Greece,” Justinas recalls, adding that the collaboration with the professor continued after he finished working in the clinic. After establishing his own private clinic in Düsseldorf, the professor invited the Lithuanian to work with him.

A crucial point: now or never

In fact, it was precisely the successful career, interesting collaborations with top-notch professionals offering professional growth, and trips around the world allowing to expand professional opportunities that pushed the idea of returning to home country further aside. Even knowing that very attractive job offers awaited him in Lithuanian plastic surgery clinics, the plastic surgeon was in no hurry to make a decision about his amazing career in Germany. However, according to Justinas, that crucial point that tipped the scales in the favor of Lithuania was a change in the family – the birth of a daughter. “When we started raising a child, we realized that we are quite lonely in Germany. Unbelievable. It seemed that we had friends and colleagues, the environment welcomed us, and we assimilated well but inside, it appears, we still felt out of place. We really missed our relatives. There was a lack of flexibility. It is very difficult to find a nanny in Germany. Finally, we began to change our worldview and understanding of what the quality of life is and how we would like to live our lives. Our daughter was that last push that said: now or never. As other local immigrants pointed out, the rule is simple, if you stay here until the children start going to school, you will never leave.”

Justinas laughs that he sometimes felt “too Lithuanian.” For example, he was constantly disturbed by the population density in the region (18 million people live in an area half the size of Lithuania!).

“You know, when I came back, I realized that in Lithuania even the grumpy people and the ever-cloudy sky are dear to me. Not to mention that my family and friends – the whole social environment, which is very important – is here,” the doctor, who returned to Kaunas adds.

The decision to return was greatly facilitated by the offer to work at Fi Clinica, one of the largest and most modern clinics in the Baltic States, which opened its doors in Kaunas just a year ago. A team of 120 people works there, and the infrastructure developed in the area of 2,800 m2 meets the highest European standards, and, according to the shareholders, its equivalents are not that easy to find in Europe.

However, the greatest asset of the clinic is the team of highly skilled top-notch professionals. As one of Fi Clinica’s investors has said, “It is nice to observe that good specialists not only leave Lithuania but also return to it more and more often, bringing experience, contacts, and a good name with them. Such people help foreign clients to discover not only our clinic but also Kaunas.”

Meanwhile, Justinas says that when he started working in Lithuania, he did not notice any change in a professional sense. The service, environment, equipment, and processes in a modern Fi Clinica were practically no different from the ones in a private German clinic.

“It is a bit unexpected but currently most of my patients are from Lithuania. Although I am neither popular nor known in our market. So, I am pleasantly surprised by such a warm welcome to my homeland,” the doctor smiles.

The city itself presented a pleasant surprise to the Kaunas resident who returned home after a decade. Justinas says that he noticed how clearly both Kaunas and the whole country had changed for the better.

“As someone else’s children seem to grow faster, so can you see better what positive changes have taken place after being absent from the country for a decade. Of course, there is still a lot to be done, but the general trend and direction itself looks optimistic,” the plastic surgeon says and adds that if once he felt like saying that “nothing will ever change here” then today it is obvious that the country has already changed and continues to actively do so.